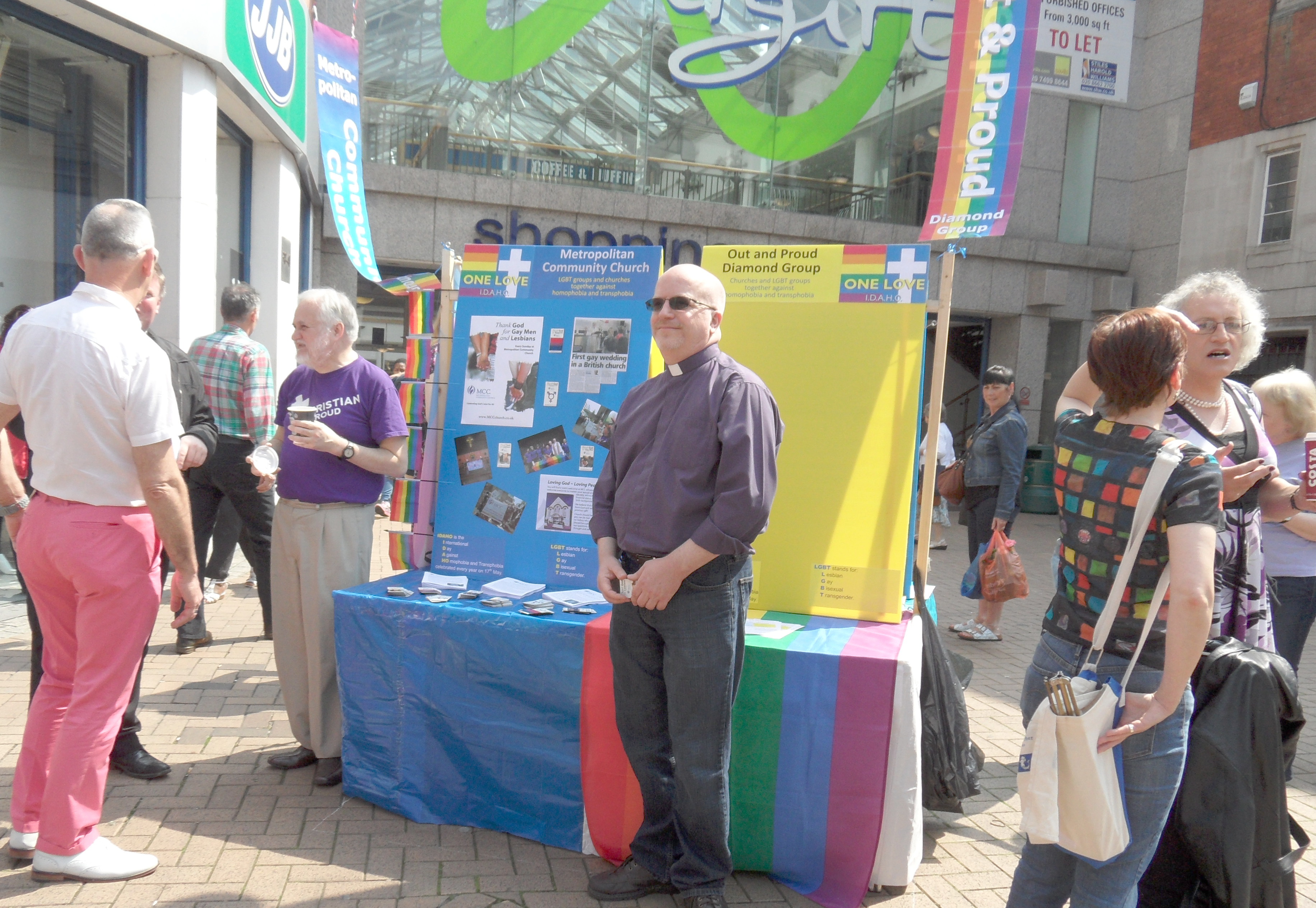 On Saturday 17th May, the sun shone as local churches and LGBT (lesbian, gay, bisexual and trans) groups joined together to mark the International Day Against Homophobia and Transphobia (IDAHO). Croydon’s North End was decked with banners and balloons, music was provided by the Endurance Steel Orchestra and the Rainbow Singers Across Borders, and the Friends of Dorothy Society of Bell Ringers rang at Croydon Minster. The event, entitled “One Love”, aimed to show that many churches accept and welcome LGBT people.

Rev Steve Chalke MBE, founder of the Oasis Trust, said: “One Love demonstrates that there is a growing move towards a more compassionate rounded, thoughtful and consistent approach to sexuality within the Church. I am extremely encouraged that LGBT groups and churches in Croydon are working together and I hope that this event serves as a reminder that the Church’s mandate is to love and serve the whole community, reflecting the truth that we are all uniquely made in the image of God.”

Rev John Pritchard, Vicar of St John the Evangelist, Upper Norwood, one of the participating churches, said “It has been a very interesting and worthwhile event”, and leaders of another local church asked if they could be included in next year’s event.

David Page, Chair of Croydon Area Gay Society, which organised the event, said “This event has highlighted that there is a lot of support for the LGBT community, both here and across the world, from churches in this country.”

Janet Kent of FFLAG (Friends and Families of Lesbians and Gays) said “I’ve been to a number of similar events around the country, and this is by some measure the best organised.”

The attached photograph shows Rev Dwayne Morgan of the Metropolitan Community Church in front of his church’s stall. Further pictures will be added to the LGBT Croydon website at www.lgbt-croydon.org.uk/idaho-2014.

For the background to this story, and lists of the participating groups with links to their websites, see www.lgbt-croydon.org.uk/onelove.