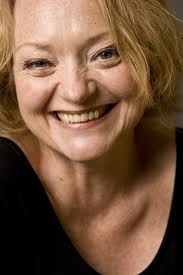 Stella Duffy, lesbian writer and performer, will be speaking in Croydon, at 8pm on Tuesday 4 December 2012. The meeting, to be held at the Spread Eagle, Katharine Street, is one of a series of talks organised by Croydon Area Gay Society (CAGS) under the title "The Brief Encounter". It is open to all and free of charge.

Stella Duffy was born in Woolwich but spent her childhood in New Zealand and studied English Literature and Drama at Victoria University, Wellington. She is a Buddhist and lives in Lambeth with her partner, playwright Shelley Silas.

As a stage performer, she is an associate artist with "Improbable", has been a member of the comedy improvisation company Spontaneous Combustion since 1988, and has guested with The Comedy Store Players. She has performed her solo show "Breaststrokes" (Time Out and The Guardian Critic’s Choice) in London, Belfast, Cardiff, Dublin, York, and Amsterdam.

In 2008 she wrote and presented a documentary for the BBC's Time Shift strand called "How to write a Mills and Boon" where she took on the challenge of writing a Mills and Boon romance novel.

Stella Duffy has twice won the Stonewall Writer of the Year Award: in 2008 for The Room of Lost Things and in 2010 for Theodora: Actress, Empress, Whore. She was ranked number 35 in the Pride Power List 2011, and 41 in the Independent on Sunday's Pink List 2012.

This press release is also available at www.cags.org.uk/pressrel-2012-08.shtml.