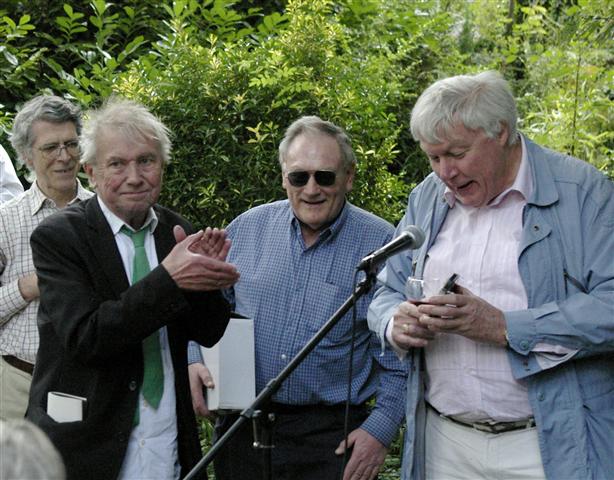 More guests than ever attended the annual garden party ("Mardi on the Grass") organised by Croydon Area Gay Society (CAGS) on Sunday the 7th of August. The 71 guests included Ray Gosling, the distinguished journalist and broadcaster.

The event in Purley started with lunch, followed by the annual presentation of the SLAGO Cup for 2010–11. CAGS and the other groups within SLAGO (Surrey and London Association of Gay Organisations) compete every year in events such as table tennis, ten-pin bowling, and quizzes

CAGS had come out on top this season, and Ray Gosling presented the Cup to David Page, Chair of CAGS, and the runners-up Shield to Terry Murphy, Secretary of Clapham-based South London Gays (SLG). 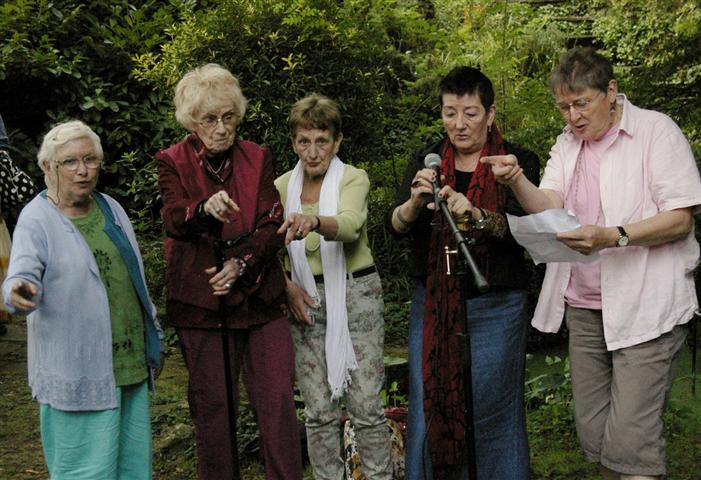 After the presentation, there was entertainment by AGLOW (Association of Greater London Older Women) with sketches about fighting back against council cuts to services for older women, and their own version – "Keep Old and Beautiful" – of a well-known song.

For more about SLG, see www.slago.org.uk/slg.

For more about AGLOW, see www.aglow-london.org.uk.

This press release is also available at www.cags.org.uk/pressrel-2011-06.htm.