Covering our meetings at The Brief, our protests at apparent homophobia in the legal profession, and various other matters.

See below for the Press Releases we've put out from time to time, and links to some other press coverage. 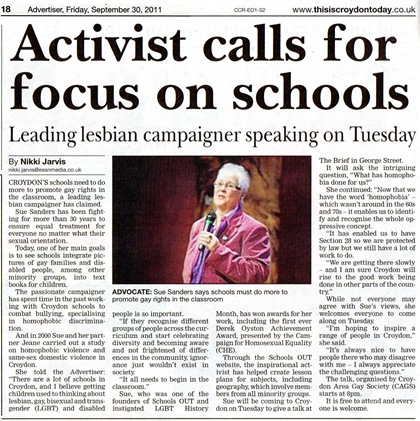 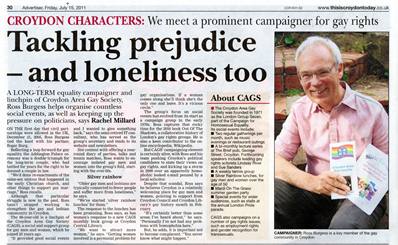 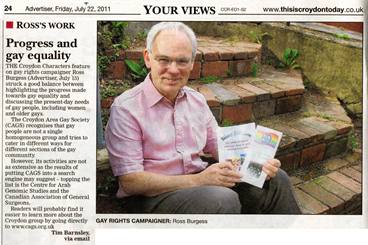 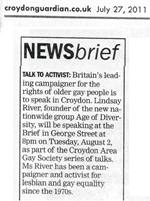 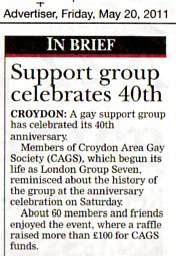 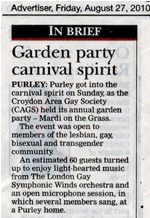 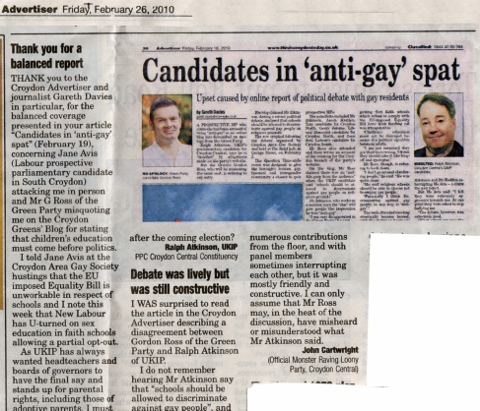 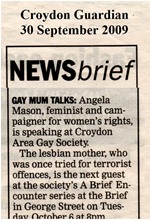 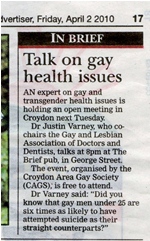 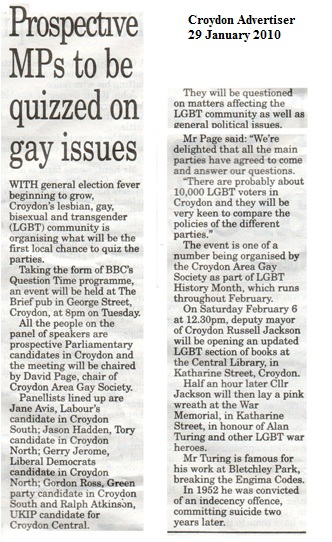 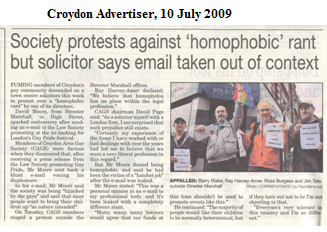 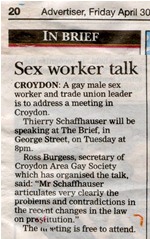 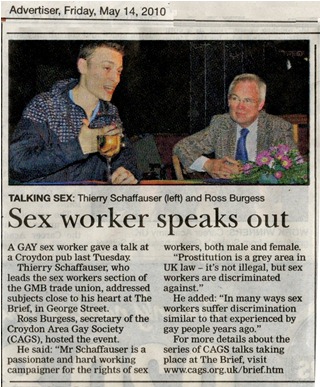 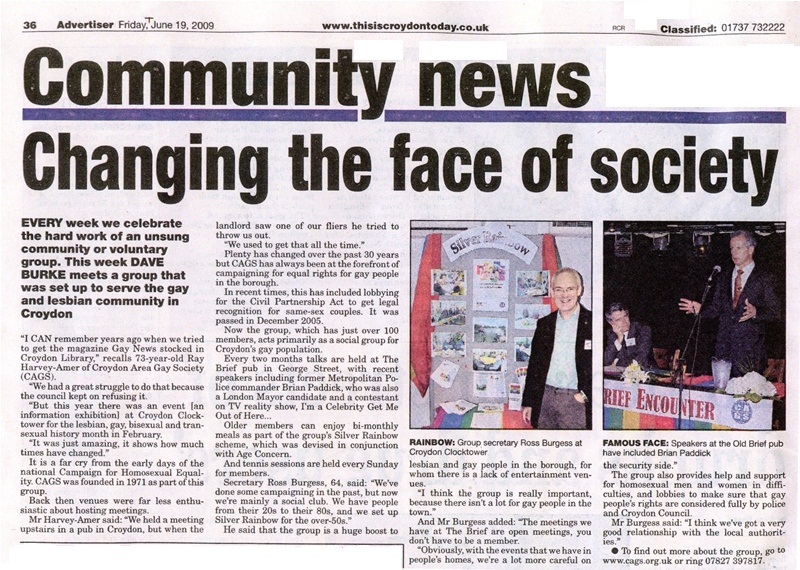 And some other press coverage

CAGS was featured in the "Groupies" section of the Pink Paper, 23 August 2007.

Celebrating a time of change

CAGS had a dramatic increase in membership during 2006. See the articles in the Croydon Guardian and UK Gay News.

Two CAGS members were nominated as Croydon Champions for Diversity in 2006, as reported in the Croydon Guardian.

CAGS members were amongst the first couples locally to form a Civil Partnership in 2005, as reported in the Croydon Advertiser and Croydon Guardian.