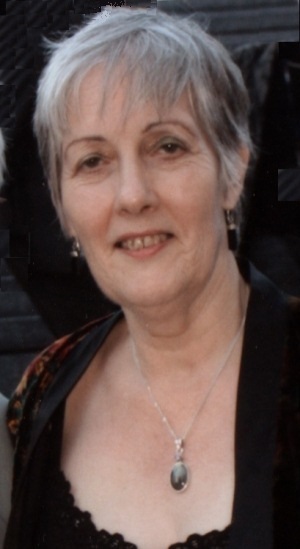 Britain's leading campaigner for the rights of older gay people is to speak in Croydon. Lindsay River, founder of the new nationwide group "Age of Diversity" will be speaking at The Brief, 48 George Street, at 8pm on Tuesday the 2nd of August.

Lindsay River has been a campaigner and activist for lesbian and gay equality since the 1970s.  From 1993 to 2009 she was director of Polari, which did ground-breaking research into the needs of older lesbian, gay,  bisexual and trans (LGBT) people, and campaigned for more inclusive services. Polari came to an end when, as with so many other voluntary organisations, the funding dried up.

Lindsay's new organisation, called Age of Diversity, is run for and by older LGBT people, and will not depend on external funding. It plans to focus the enthusiasm, expertise, and voluntary effort of the older LGBT communities to make a better future for older LGBT people.

One of Polari's aims was to stimulate social and support networks for older LGBT people. Much of this work has since been taken on by organisations like Age UK. Age of Diversity will work closely with such bodies, but has a different focus: acting as a voice for older LGBT people at national and regional levels.

Lindsay River has spoken at many conferences and events around the country, and is co-author of The Knot of Time: Astrology and Female Experience.

Ross Burgess, speaking on behalf of CAGS, said "Society is beginning to recognise and cater for the needs of older LGBT people, and we try to do our bit here in Croydon, with the Silver Rainbow group, but there hasn't been a national organisation representing the older LGBT community. Age of Diversity will fill that gap, and we're delighted that Lindsay will be coming to The Brief to promote it in Croydon."

The meeting is free of charge and open to all, and is one of a series called "The Brief Encounter" organised by Croydon Area Gay Society (CAGS).

For more about Silver Rainbow, for older gay and lesbian people in Croydon, see www.silverrainbow.org.uk.

This press release is also available at www.cags.org.uk/pressrel-2011-04.htm.