Press Release: LGBT History Month gets off to a rousing start 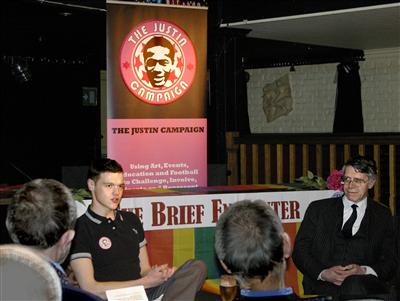 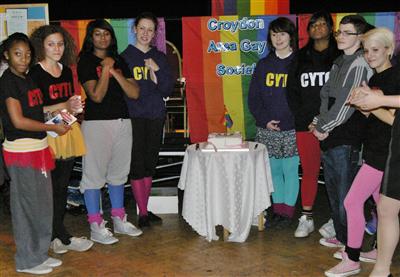 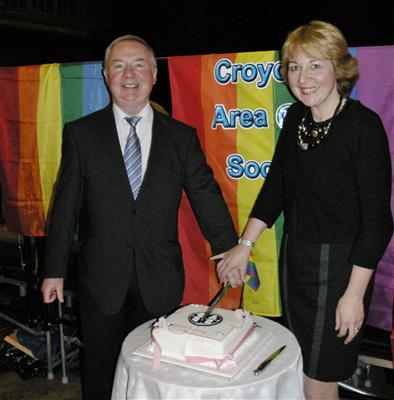 February every year is LGBT History Month, celebrating the Lesbian, Gay, Bisexual and Transgender communities. For 2011, Croydon’s LGBT organisations are again organising a full programme of events, in conjunction with Croydon Council.

The month began on Tuesday 1st February, with the announcement that the Football Association and Kick It Out were working with the Justin Campaign in support of Football V Homophobia. “Racist abuse at football matches is largely a thing of the past, and we look forward to the day when the same is true of homophobic abuse, and gay footballers are not afraid to come out” said Darren Ollerton, Campaign Director of The Justin Campaign.

Darren was the guest speaker at an open meeting in The Brief in George Street, Croydon, organised by Croydon Area Gay Society (CAGS) for LGBT History Month. The Justin Campaign is named in memory of Justin Fashanu, Britain’s only out gay professional footballer.

On Wednesday 2nd February the civic launch of LGBT History Month, in the Braithwaite Hall, was introduced by Cllr Lynne Hale, Deputy Cabinet Member for Communities. Other speakers included Adrian Roberts, Borough Police Commander, and Rob Elliott, Chair of Crocus. The highlight of the evening was a moving performance of music and dance by Croydon Youth Theatre Organisation.

Ray Harvey-Amer, one of the organisers for the evening, said "I was very pleased to be part of the Launch of LGBT History Month last night at The Braithwaite Hall. It was a great celebration of our history presented with words, song, dance, music and drama, played with youthful perfection by CYTO. It was with gusto con brio that the young players took us on an exhilerating journey 'along the yellow brick road'."

The evening concluded with a cake cutting ceromony to mark the 40th Anniversary of Croydon Area Gay Society, by Jim Sewell, a founder member of the CAGS Tennis Group, kindly assisted by Cllr Lynne Hale with everyone singing "Somewhere over the Rainbow".

Many more events have been arranged throughout February – see www.lgbtcroydon.org.uk/historymonth.htm for a full list – and two displays are on view in the Central Library, Katharine Street, throughout the month – the ground floor display features the history of the CAGS Tennis Group (reflecting the nationwide theme of sport for LGBT History Month 2011) and details of other local LGBT organisations; the first floor display covers the Justin Campaign.

The photos opposite show (top to bottom):

There are more pictures on the LGBT History Month page at www.lgbtcroydon.org.uk/historymonth.htm#2011photos.

This press release is also available at www.cags.org.uk/pressrel-2011-01.htm.