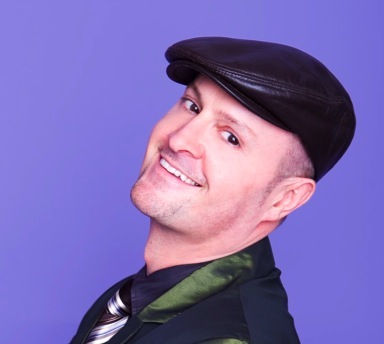 Gay journalist and novelist, Paul Burston, will be speaking in Croydon on Tuesday 3rd August. The meeting, at 8pm at The Brief, 48 George Street, is free and open to all.

Paul Burston will be talking about civil partnerships from his own experience, and in the context of his latest novel, The Gay Divorcee, a tale of two weddings involving the same man – the first to a woman, the second to a man.

“Phil Davies should be happy. He has a flourishing bar in the heart of Soho and in six months he will be marrying Ashley, the man he adores. To the outside world Phil is living the modern gay dream. Phil has been married before, in fact, technically Phil and Hazel are still married. And what Phil doesn’t know yet is that Hazel has a son - a nineteen-year-old son. But that’s all about to change…”

Paul’s novels (including Shameless, Star People and Lovers & Losers) give a graphical picture of London gay life from the 1980s onwards. He also writes for a wide range of magazines and newspapers including The Times, The Financial Times, Time Out and Attitude.

He’s appeared at King’s College Cambridge, the Museum of London, and the Royal Vauxhall Tavern.

Paul is a frequent contributor to TV and radio. TV credits include Films of Fire, Newsnight, and The One Show.

The meeting is one of the series: "The Brief Encounter", organised by Croydon Area Gay Society. For more details, see www.cags.org.uk/brief.shtml.